Last month a 3 week old pup was admitted to our Deonar Centre as a patient. He had the most horrific injury ; his tiny back foot had been cut off in an accident and his entire leg had been damaged. His chances were not good at all as he was just too young to recover from this type of wound. With local anaesthesia, his small leg was removed and then we just hoped for the best. The best happened. A few days later, another dog was admitted to our Maggot Wound Ward with a bad wound right across her shoulders, but she was also a lactating mother who had lost her own pups. Our Puppy Pen Assistant, Radha, took the little pup to see if they would bond, and then the magic took place...

The "Mom" accepted him with absolute joy and the tiny pup was ecstatic to meet his new found Mom. That was not all. After a few days, we noticed that the terrible injury was actually diminishing and healing. His new Mom licked the injured area continuously while he was busy having his fill of mom's milk. In response to her efforts, the skin was growing back over his exposed bone and the bone itself disappeared after a few days under the skin. He also put on weight and remained in high spirits when he was taken back to the puppy pen, playing boisterously with the other pup patients, even though he was the smallest among them. There was not a squeak when the Dressing Team arrived daily to examine his healing wound and apply some medication – he used to howl in protest before.

But by far the most amazing aspect of this was that the main source of the healing was his brand new 'Mom' and the attention she lavished on him. We are so happy to think that she was in the right place at the right time and as for our little patient he was more than content with the arrangements. We have always known what wonderful mothers animals make, but this was really something special. From near death, this lovely little pup bounced back to have the time of his life thanks to a dog who made him her own and took such excellent care of her new baby. 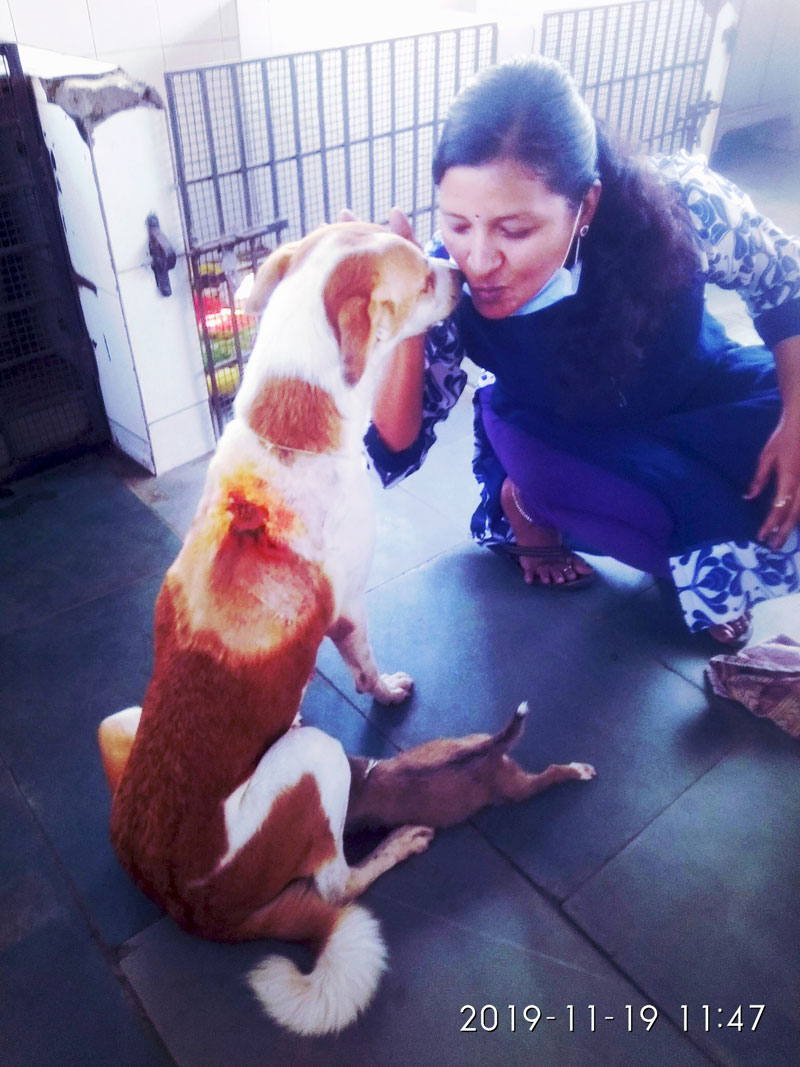 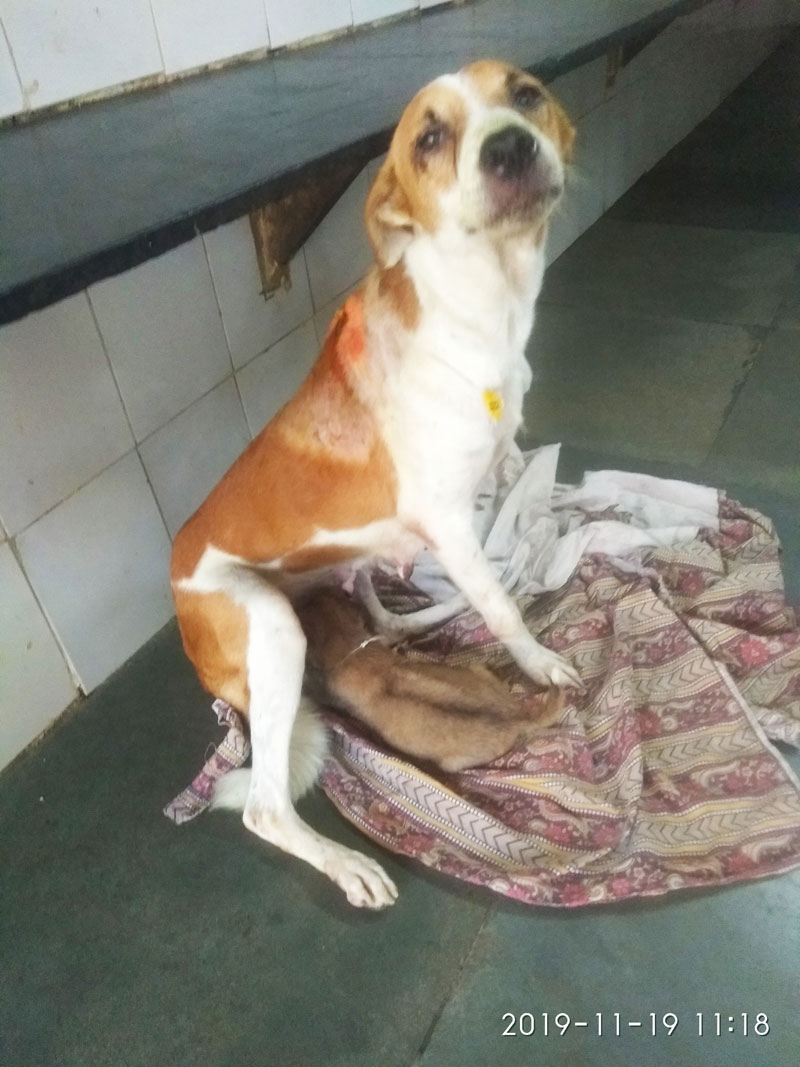 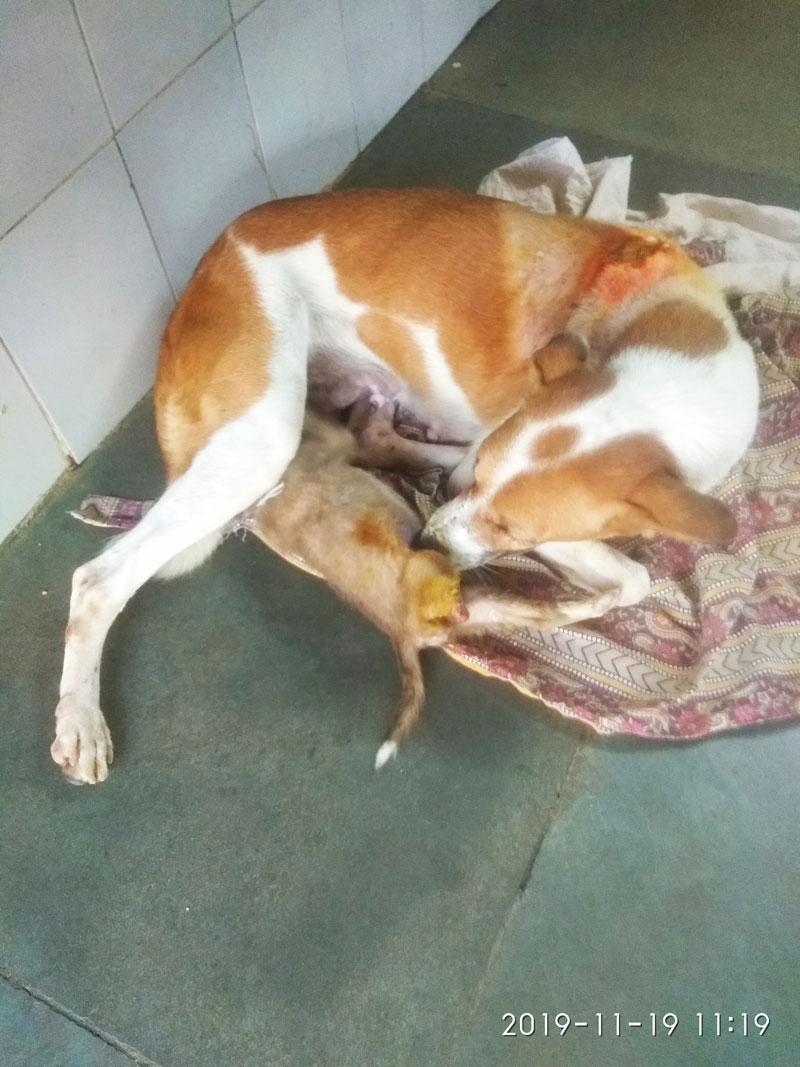 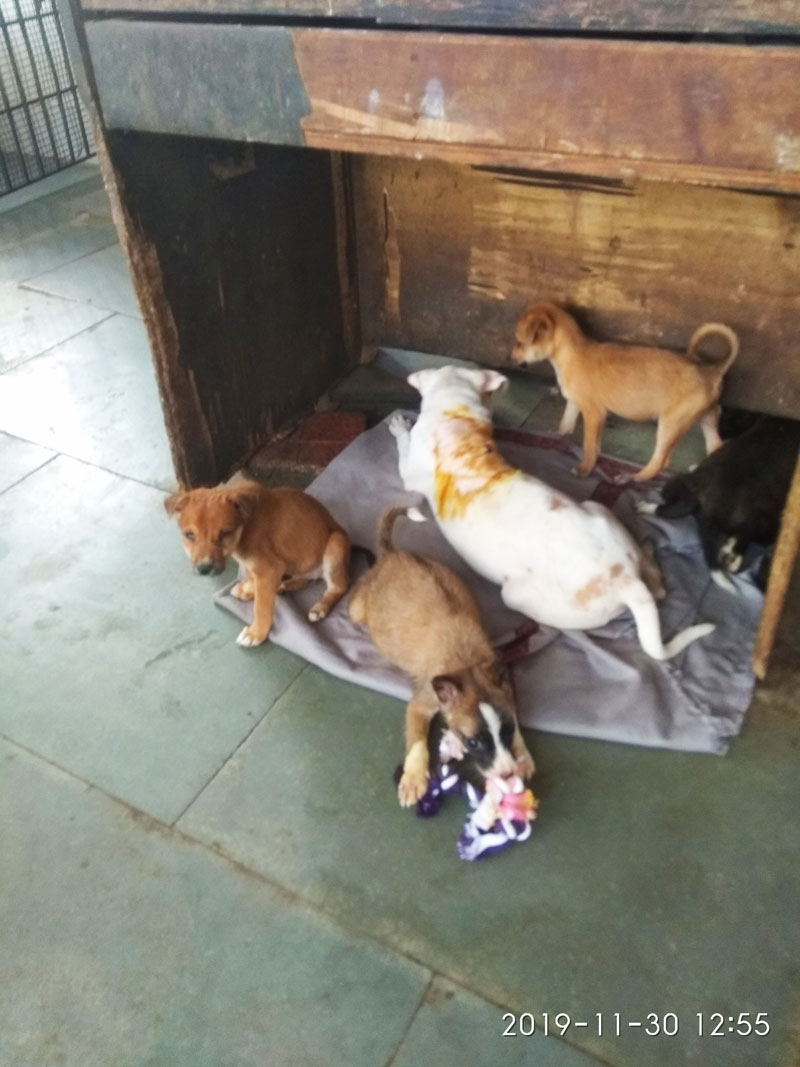