WARNING! IMAGES IN THIS STORY COULD DISTURB SOME PEOPLE.

On the 13th late morning, we got a call from a local girl from a village Jaskhar gaon, near the Nhava Seva Port. She said that for several days she had seen a cow in her vicinity who had met with a probably railway accident and her hoof was dangling and was rotting. Her entire uterus had also come out and was also dangling and was infected. She was in agitation and was being shunned by local villagers. She would go from door to door it seems, as if asking for help but each and every family as even her own, would drive her away. Then she would get exhausted and go and hide in a thicket and come back again and do the rounds. She did this for five days. Even the girl's family did not like that she was trying to help and scolded her for trying to tie it up, hence she said there was no way to tie her . She talked about how she was agitated that people just sold off their lands for the JNPTport and to CIDCO and from farmers overnight became moneyed people and took up other jobs; mainly with the port or something else. All they did was to drive out their cattle, donkeys and hens. The hens got eaten up by dogs or were sold to butchers. She says that most cattle have also been captured by butchers from in and around and those that have survived had mostly met their gory ends dying under enormous container trucks thundering from the port to all over the country, or the goods trains. Some meet with accidents but do not die like this cow and the donkeys.

The distance from our Navi Mumbai center is approx. 31 km. We have two ambulances in Navi Mumbai and both were busy and far away from the center; one was attending calls of accident cases after releasing ABC dogs and the other had gone to catch dogs and was full of dogs and either way it would have been after 7pm that either of them got free. It was late then to go for the rescue as she said that the cow would hide in the thicket at nights. I gave her several numbers of ambulances and AWO's and she said she would call back if they did not help. The entire 14th she was busy on the phone but got no help from anyone. She called up late evening after 7pm to tell me that all the referred persons had give her our number to call up for help! She also said that she had searched before she had called and the cow was not seen anywhere. The next day, the 15th, we had taken a call and told our staff to start work early and go by at least 4:30 or latest 5pm to get enough time to search and do not wait for her call. They left and after some searching and effort (as she was agitated and in great pain and was just hopping around on 3 legs and attacking) they managed to get her and took her to BSPCA in central Mumbai; traveling approx. 55 km. This is because we have no facility for taking care of large animals and BCPCA is also attached to the Mumbai Veterinary College and has supposed to have the infrastructure and facilities to take care of large animals.

Last we heard on 20/02/13, the cow is improving at BSPCA but she is not out of danger and will need at least a month more of care till her wounds are healed and her infection completely cleared out and she finally gains some weight. Our President Mrs. Fizzah Shah has generously decided to be the angel to this young cow in distress and will be taking her to her private shelter for lifelong caretaking. Thank you Fizzah...Yet, in this moment of joy we think; what of all the other Project Affected Animals in distress, who is there for them?

The districts adjacent to Mumbai city; Thane and Raigad have seen massive development and large scale urbanization in the last 2 decades. Raigad especially is seeing all the more now and will continue to do so in the near future. It has the country's largest port, the JNPT and also soon to have the largest International Airport. 100's of villages have sold their lands to the Port, Maharashtra govt. and the CIDCO and have gained monetary compensation and still call themselves PAP's (Project Affected Persons). The girl who gave us the call has described the situation of the animals very well above, no need to say any more. All that we can say is; how come no one thought of the animals? Are they not PAA's? They are in a much worse situation than the PAP's, especially since unlike their human 'owners' the only compensation they have got is abandonment and trauma...absolutely nothing else.

Meanwhile another real worry for us is; how much longer can we go on like this? The cost of these rescues (we get all the calls for large animals in this region, and though we are really stretching our resources, we have never been able to say 'no') are increasing day by day. All expenses have gone up like you all know. From the cost of diesel for the transport which is travel of around 75-78 kms, to the overtime we pay our staff for this day long rescue (all these rescues take a day of work due also to the traffic in Mumbai city) to the bills we pay BSPCA for the treatment; we incur expenses of around Rs. 20,000/- per large animal we rescue at an approximate, maybe less, but on some occasions, more. Unless we keep getting steady donations, the time is not far when we may have to stop these big rescues. And then what? Who is there then for these abandoned Project Affected Animals? Do therefore consider donating, so that we can continue our work. Your donations will be a blessing to these animals that have no guardians. Be a guardian for a PAA today. 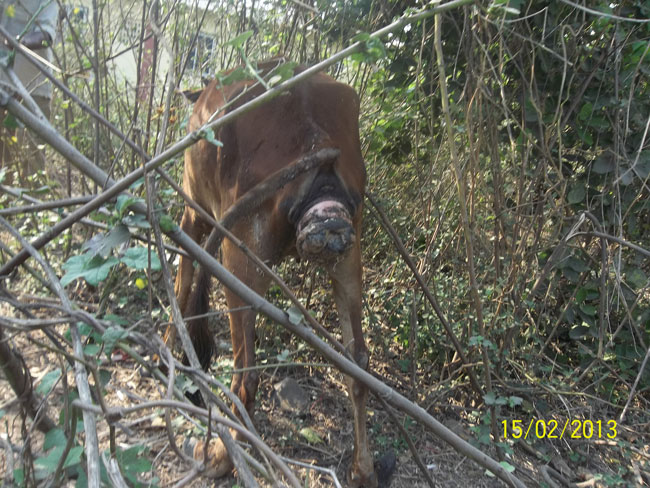 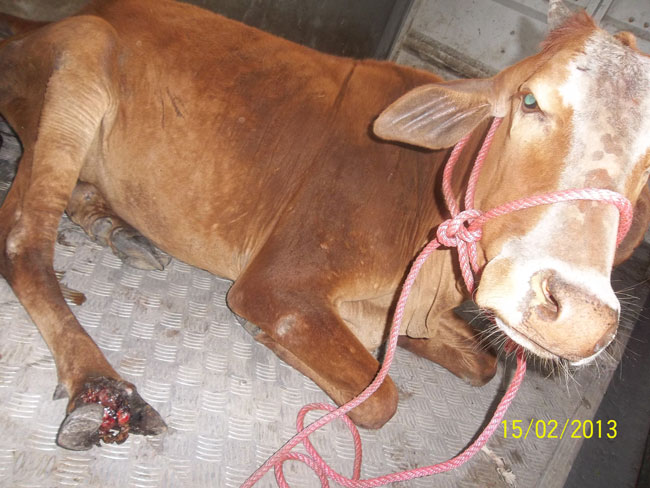 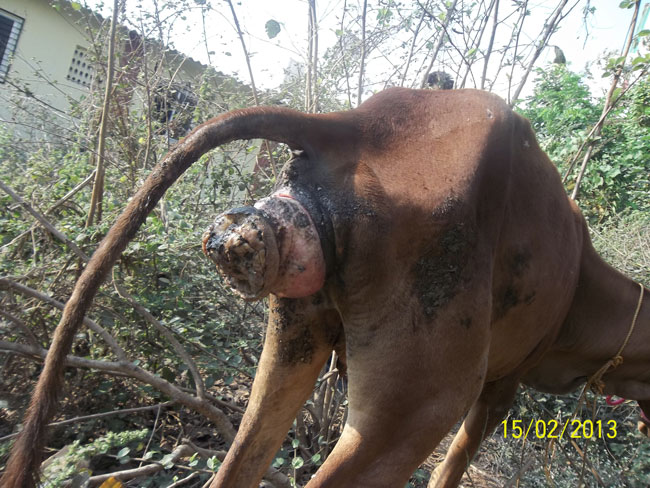 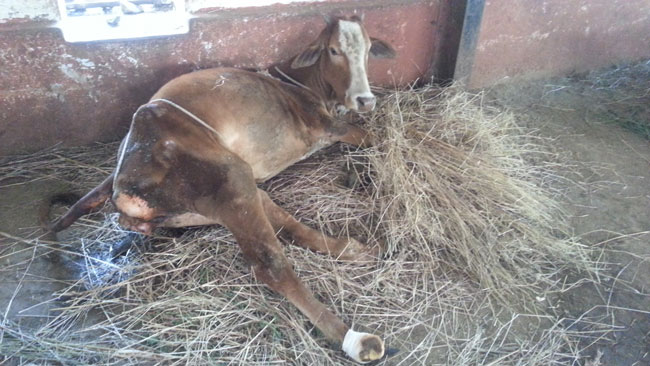