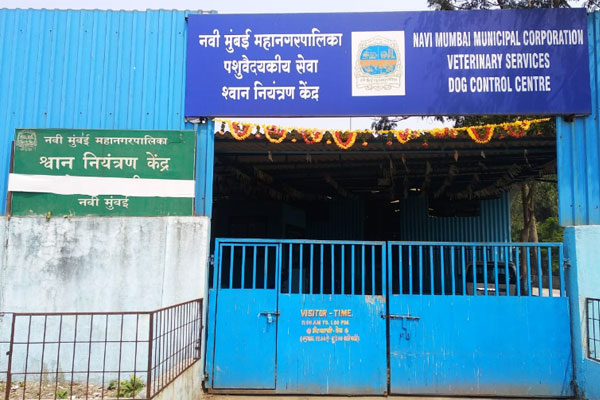 Navi Mumbai was born across the Thane creek on reclaimed land, as a counter-magnet to draw away the population of Mumbai and decongest the city. The city had several villages in the surrounding areas and the population started increasing from the late ?70?s peaking after the municipal corporation was formed and the railway link was built. With the expanding population came the natural increase in the stray dog population too. A dog pound was built in Kopri gaon, Kopar Khairane by the City & Industrial Development Corporation (CIDCO). This was a small structure and it was used for a long time as a dog killing pound where they were giving electric shocks to kill stray dogs. Later in the ?90?s some time, an NGO started sterilizing a few dogs every month in a room on the side, at their own cost. This folded up due to problems faced and the sterilization programme was put on hold for several years till IDA India convinced the corporation to restart the programme and take ownership of it. Accordingly, in early 2006, IDA India was chosen to take on the contract of stray dog steralisation for the city of Navi Mumbai and work started on 26th July 2006 and continues till now.

Work area- The Navi Mumbai Municipal Corporation has an area of 162 Sq.km under its supervision. There are 8 nodes in the city, each of the nodes are further divided into blocks of one or more sectors. Our work with the Navi Mumbai Municipal Corporation (NMMC) is organized as per a timetable set-up by the corporation; divided over the 8 nodes. Emergencies are attended to in between the catching and releasing of dogs for the spay/neuter programme.

Our Navi Mumbai center is smaller than the Deonar centre and is located in Turbhe of Vashi. In this center we have a total staff strength of 37 persons; 33 wardboys, 2 vets & 2 LSS. Besides this, we have 3 ambulances for catching and 3 smaller vans. At any given time, we have around 150 admitted dogs at the centre. Besides the in-house treatment, our van also moves around in the mobile clinic treating animals in their location when the injury or sickness can be handled without admission and when there are local guardians to help.

One of the main challenges of working in Navi Mumbai, is the geographical differences in topography in the whole vicinity. The City is a part of North Konkan region and is situated between Parsik Hill mountain range which has an elevation of 45.00 MRL in the east and Thane creek on the West where the average Ground level is 2.00 MRL. In between are mangroves along the creek which are difficult to get in if there is an animal to be rescued. Several original villages abound in this whole area along with urban sections. The villages are difficult to entre with the vans and dog catching is often done by walking the narrow alleyways and lanes. Besides; some older societies are vast in area and have easy access and hiding places for the dogs, there are also several open places where the animals can run away freely. Dog catching and animal rescue is thus a challenging task for this center.

In this center we have three activities; the main one being the spay/neuter of dogs, secondly the admission of dogs who are injured or sick and thirdly the mobile clinic which gives on the spot treatment for dogs who do not need admission. The NMMC partly financially supports the spay/neuter programme as well as supports the admission and mobile clinic cases we attend to. Some amount of work of course, has to be supported through donations raised.